The 2nd Battle of Adobe Walls was fought in June 1874. The Southern Plains Indians hoped to use a triumph there as a springboard towards total victory in their Messianic War to finally drive the white man from sacred lands.

Though the outpost in West Texas would be abandoned after the attack, the Indians suffered a defeat that would herald their eventual subjugation and movement onto reservations.

The town, such as it was, consisted of the saloon, two stores owned by Leonard & Meyers and Charles Rath & Company, a blacksmith shop owned by Tom Keif, and a large corral for the horses. Though the annual buffalo migration could bring upwards of two to three hundred hunters into the area, at the moment there were only twenty-eight men and one woman present.

Most of them were not hunters. In fact, they were mainly the merchants who supplied the buffalo hunters with their provisions, the saloon keepers who made sure they didn’t go thirsty, and the cook and his wife who provided their meals. – excerpt from Palo Duro. 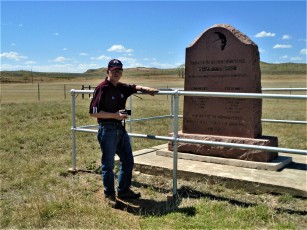 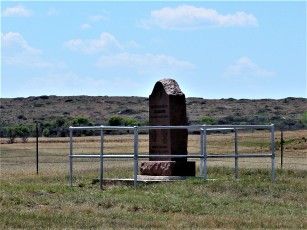 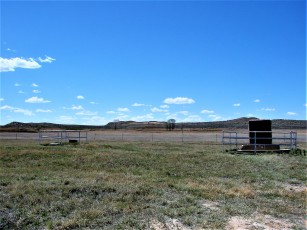 Today visitors to the battle site will find little to mark the historic location. A few granite headstones have been erected and enclosed by protective barriers, but there is minimal evidence to suggest the importance of the 1874 confrontation.

The site does, however, remind visitors of the loneliness and isolation of the outpost/town as it existed at the turn of the nineteenth century. Cattle have replaced the buffalo that once roamed these same grounds, but otherwise not much has changed. The plains remain vast and flat with little in the way of trees or distinguishing landmarks to provide a sense of direction. It is only when you stumble across the granite markers that the battle site’s existence even becomes evident.

On the one  hand the memorial at Adobe Walls evokes feelings of neglect and lost significance. On the other, it serves as a symbolic reminder that the Plains Indians way of life disappeared not long after their defeat here.