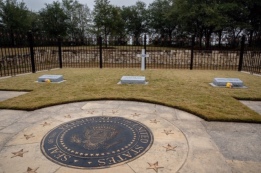 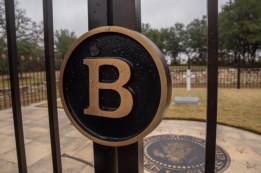 Recently the nation watched as our 41st President, George H.W. Bush, was laid to rest in College Station, Texas on the campus of Texas A&M University. As a graduate and former cadet I was especially proud to see the student body and citizens turn out along the route and witness the Corps of Cadets render honors as the hearse carrying the flag-draped coffin passed by.

The news coverage had me wondering which of our Presidents also located their libraries on college campuses. Surprisingly, there were only three; Lyndon B. Johnson (The University of Texas in Austin, Texas), Gerald R. Ford (The University of Michigan in Ann Arbor, Michigan), and George W. Bush (Southern Methodist University in Dallas, Texas). *While the Gerald R. Ford library is located in Ann Arbor, the museum is a separate facility located in Grand Rapids, Michigan.

These four are among the fourteen Presidential Libraries federally maintained and administered by the National Archives and Records Administration. The facilities not only provide a broader understanding of the Office of the Presidency but information specific to the individuals who aspired to and achieved the highest office in America. They house their memos, letters, policy decisions and ceremonial/personal artifacts.

This formal Presidential Library System didn’t exist until 1939 when President Franklin D. Roosevelt articulated his belief that the historical records and artifacts associated with his presidency were a part of our national heritage and needed to be preserved for future generations of Americans. Prior to that time these items might have been sold, lost, deliberately destroyed, or subject to ruin because of poor storage conditions by other libraries or private collectors.

FDR was the first to raise private funding for the construction of a library and museum and ask the National Archives to be responsible for its administration upon completion. In 1950 President Truman followed suit, and in 1955 Congress passed the Presidential Libraries Act establishing privately funded and federally maintained libraries.

Because the facilities are built with private funding each President is allowed to choose the location. Additionally, up until President Reagan’s administration, access to and inclusion of personal property was at the discretion of the former President. Since then any records created or received in conjunction with constitutional, statutory, or ceremonial duties are considered property of the United States government.

For further information on all fourteen Presidential Libraries I recommend visiting the official website at:     https://www.archives.gov/presidential-libraries

Finally, this post comes just before the holidays so I want to wish all my readers a very Merry Christmas!