Fresh from solving her third mystery—and saving Dunmullach’s firstborn males from a vengeful ghost—Gethsemane Brown’s ready to relax and enjoy her summer. Her plans include nothing more dangerous than performing in the opening ceremony of the annual rose and garden show and cheering on Frankie Grennan, who’s entered his hybrid rose into the competition.
But when a mysterious stalker starts leaving Frankie floral bouquets as coded messages, Gethsemane fears a copy-cat may be planning to recreate the still-unsolved murders of the infamous Flower Shop Killer. Then Frankie’s main competitor in the rose show—and the reason his marriage failed—turns up dead in Frankie’s rose garden. Frankie takes first prize in the category “prime suspect.”
So much for a relaxing summer.
As bodies start dropping like rose petals, Gethsemane must judge the other suspects and find the real killer. Or rose bushes won’t be the only things dead-headed in Dunmullach.
PRAISE FOR THE GETHSEMANE BROWN MYSTERY SERIES:

Your book titles are cleverly related to your main character’s occupation. Can you tell us how you came up with your titles? Any titles that ended up on the cutting room floor?

I came up with my first title, Murder in G Major, because I wanted to let readers know it was a murder mystery and to let them know music played a role. And I wanted something alliterative since I couldn’t think of an outright pun. I thought the publisher would change it, but they didn’t.

The rest of the titles in the series had to follow the same pattern as the first. Killing in C Sharp originally had “A” before “Killing” (A Killing in C Sharp) but my publisher cut the “A.” The publisher also wanted me to put “Flat” after the “F” in Fatality in F because all of the other titles have a word after the note, i.e., major, minor, sharp. I argued that one because F-flat is the same note as E and it’s theoretical more than practical. With double sharps or double flats, it’s too complex for most musicians to play. F-flat also sounds, well, flat and I didn’t want my title to suggest a dud. I convinced my publisher to see things my way, but I did agree to have another title in the series without a word after the note, for consistency.

Do you now or have you ever considered writing under a pen-name? Why or why not?

I’ve never considered a pen name because I’ve always wanted to see my name on the cover of a book. Also, I couldn’t think of a good pseudonym.

Who would you cast to play your characters in a movie version of your book?

I want Thandie Newton to play Gethsemane and Prince Harry to play Frankie in the film version. Haven’t cast the rest of the characters yet.

What’s something interesting that most people don’t know about you?

What is your favorite quote?

“If there’s a book that you want to read, but it hasn’t been written yet, then you must write it.”    –Toni Morrison

A writer since childhood, Alexia Gordon won her first writing prize in the 6th grade. She continued writing through college but put literary endeavors on hold to finish medical school and Family Medicine residency training. She established her medical career then returned to writing fiction. Raised in the southeast, schooled in the northeast, she relocated to the west where she completed Southern Methodist University’s Writer’s Path program. She admits Texas brisket is as good as Carolina pulled pork. She practices medicine in North Chicago, IL. She enjoys the symphony, art collecting, embroidery, and ghost stories. 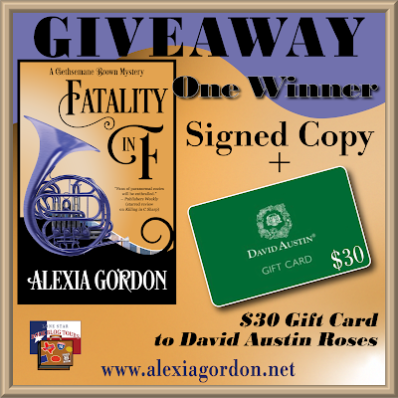